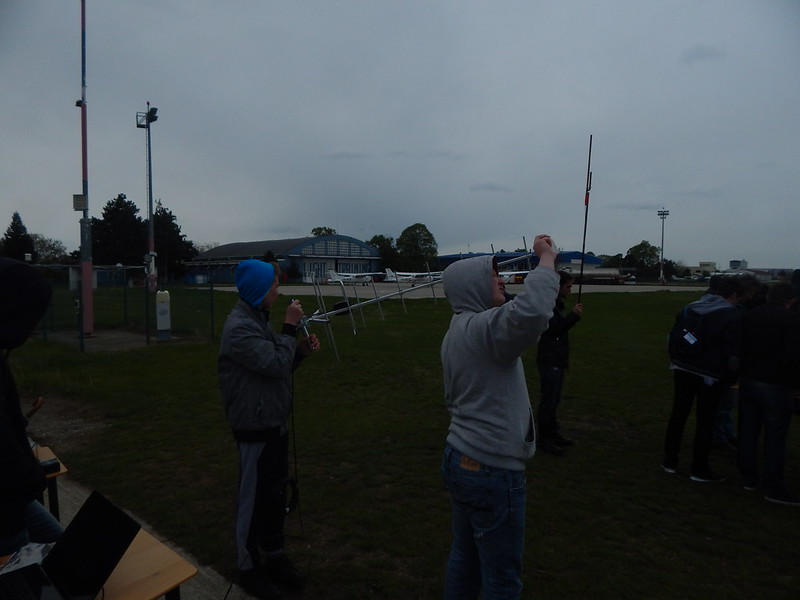 On the first day, the teams delivered presentations about their CanSats. The ConSat team didn’t start very well the competition, as they didn't prepare the presentation for this task.

On the second day, the technical inspections of the CanSats were done. The ConSat team had problems related to the RF communication between RFM69 transceivers. They decided to build a new satellite using the CanSat 2017 kit. The satellite was ready before the deadline, but the wire antenna of the CanSat wasn’t mounted well.

On the third day, the satellites were launched from a helicopter at the Strejnic Aerodrome. The Ground Station of the ConSat team received intermittently data from CanSat, just during the ascending of the helicopter. During the CanSat descending, the Ground Station antenna was oriented toward helicopter and not to the satellite. Therefore, the Ground Station didn't received any information. Fortunately, the CanSat was in good condition after the landing, meaning that the parachute functioned well. The problem was the same as in the first CanSat prototype - the radio communication. In the same day the teams analyzed the data and prepared the final presentation.

The final presentation were delivered in front of the Jury on Saturday, April 22. After Jury deliberation, the winning teams were announced. Congratulations to the winner –TOMIS III team—and good luck in the European final. The ConSat team ranked 7th. Even if the team' performance was not good, we were pleased with the fact that we learned a lot of new things during the competition from the Jury, other students, and teachers.

The 2017 Romanian CanSat was a great opportunity for as to improve our STEM competences. Thank you ESERO, ROSA, and MEN for organizing this competition.