I participated, as member of the organizing committee, in the 10th edition of the Electronic Contest Electronicus which has been held at Clubul Copiilor Novaci between 12th and 14th May, 2017.

After the technical meeting on Friday evening, the teachers shared their experience during the Electronicus 2017 Symposium. On Saturday morning, just after the opening ceremony, the theory test started. After a short break, the students started to design the printed circuit boards. I delivered "Scientix 3" presentation in front of the teachers and students. I introduced the Scientix project, and some of the projects involving the members of Conexiuni club. The teachers were interested to clarify some aspects related to Scientix project and Script 2017 contest. Most of the students' questions were related to Robotor 2017 trophy and CanSat 2017 contest.

Before the lunch, the exhibition with technical devices—built by the students in their clubs—was organized. Four students of the Conexiuni club were indirectly represented by their CanSat, which was well appreciated by the students and teachers. After the lunch, the students visited the surroundings. The jury members evaluated the pupils' work and then the diplomas were written. In the evening, before dinner, the award ceremony took place.

On Sunday morning, a teachers' experience exchange was organized during the round table "The Role and Importance of Electronic Activities in the Palace and Children's Clubs in Forming and Developing the Personality of Students."

All participants were pleased with the organization of the Electronicus 2017 competition. We would like to thank Teodor Meseşan, the initiator and coordinator of the contest. 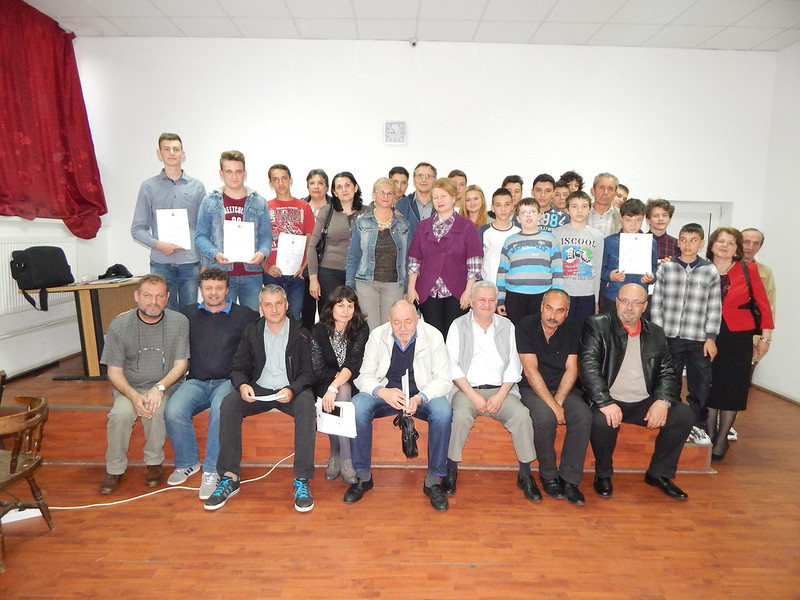